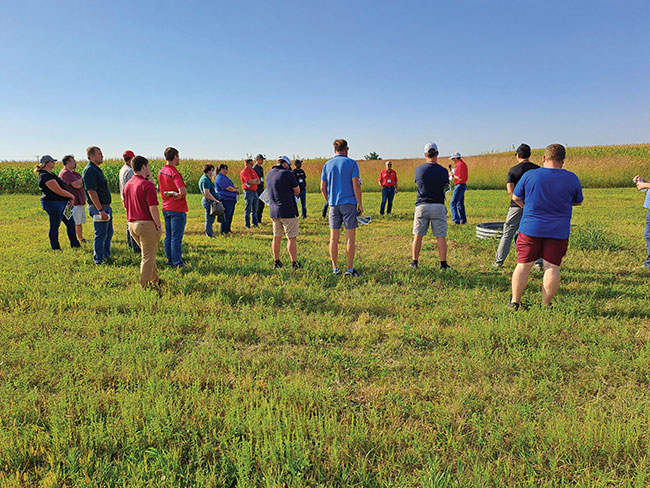 I type this on my return from Des Moines, IA having attended the eleventh International Drainage Symposium. It was great to hear the presentations and listen to the latest research, it is a rare event where drainage is the central topic rather than just an add on and as such it makes the event very valuable to the industry. I have no data to prove it, but I suspect that for a few days the Marriott Hotel in downtown Des Moines was the site of the greatest concentration of drainages geeks in the world.

Although dominated by the Midwest, it was a truly international event with attendees from 11 different countries present, each with slightly different opinions, experiences and techniques. With such a wealth of knowledge it is hardly surprising that I felt that I was constantly learning and having new perspectives thrown at me.

However, the event also accomplished something else, which is perhaps less obvious: I came back feeling confident and energized, keen to push on and move my business forward. Of course, the jet lag and the mundane details of life do their best to drag you back down, but nothing can dampen the boost.

I would argue that it would be hard for anyone involved in the industry not to have such a reaction. It’s not just that new ideas are being floated but that concepts which were still in their infancy a few years ago are now being refined and actually put into practice.

Take de-nitrifying bioreactors, for example: when I first heard and saw them, more than 10 years ago, the ideas and the theories were already accepted and well-known, with many experiments ongoing. Now designs are standardized and they are being installed in ever increasing numbers and not as research but as actual solutions being paid for by local municipalities.

The same would be true of saturated buffers. On the Symposium’s field day we were taken to see the first saturated buffer ever installed, and (without wishing to offend anyone) to be frank, the control structure looked its age. Don’t get me wrong: this should be celebrated! It shows how far this technology has come. And in the future other ideas – perhaps recycled drainage or subirrigation – will be the next to move from an idea to being in the field. This process is exciting to see firsthand and points to a positive future for the industry. 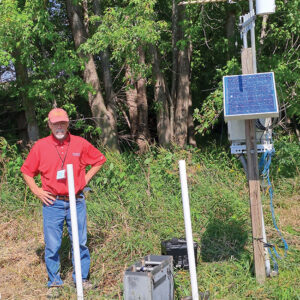 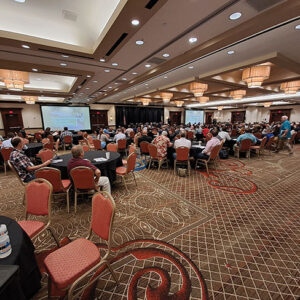 The ideas and research is great to see but I’m sure the greater reason for feeling renewed enthusiasm is simply meeting people. I fear that this is a reoccurring theme and some reading this might be bored of hearing it, but the more experience I gain the more I believe it. Speaking to others in the industry, whether academics, manufacturers or contractors, is one of the most useful and helpful things you can do. It is easy to focus on the differences and the undeniable truth other contractors could be potential rivals, rather than on what unites us. We need to remember that we are trying to achieve the same results in approximately the same way. Drainage works. It increases yield considerably using a renewable energy source (gravity). It is a great product, but one which we can and should try to improve.

We have so much to gain in this endeavor by sharing knowledge and having open conversations about what works and does not work. We face the same problems, and one contractor’s solution can be better than the next. Another pair of eyes can often be a vital insight. In addition, we are a small industry which often struggles to be heard and to tell our story, thus allowing others to dominate the agenda. To gain influence we must join together and share resources and knowledge, a high tide raises all boats.

I would therefore encourage anyone reading this to give serious thought to joining their local contractors organization, whether that is LICA or the NAAC. My experience of both has been 100 percent positive. I would also suggest that attending the twelfth International Drainage Symposium would be an excellent idea wherever that may be held. Although personally, I would not like to be the person/persons who have to live up to the standard set by co-chairs Chris Hay and Matt Helmers. Organizing more than one hundred presentations, a couple of hundred delegates, field days and a couple of formal dinners is no easy task, yet the whole event was faultlessly smooth. Great job to all involved.