The history of agricultural drainage in Western Canada. 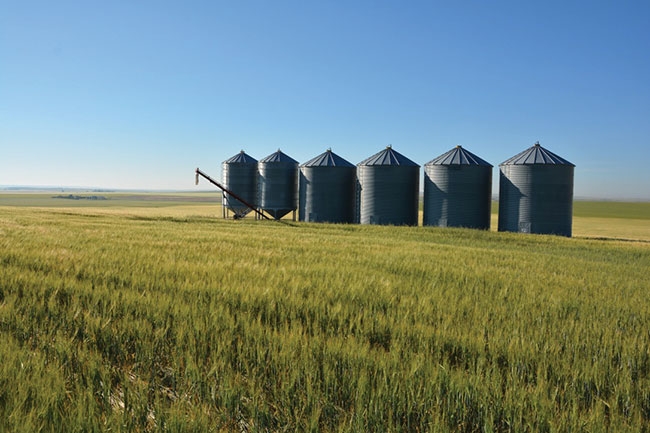 Editor’s Note: As land prices rise and sporadic weather wreaks havoc, interest for tile drainage bubbles to the surface in Western Canada, only to be slowed by regulation and lack of knowledge. Drainage Contractor asked Chris Unrau, one of the forerunners advocating for drainage and a streamlined regulatory process, to share some history of drainage in Western Canada and where the industry is going.

Almost 150 years ago, my ancestors stepped off a boat on the Red River, near Emerson, MB, Canada, and planted their feet firmly on the black chernozem soil. They were unfamiliar with the local customs, but familiar with the soils, topography, and climate. They came to Canada to practice their craft – farming –, and, having made their way from Holland to Russia, and now Canada, they also continued to hone their water management skills. But the adoption of water management, and specifically tile drainage, didn’t happen immediately.

My career in water management was influenced by a series of extreme excess moisture periods in the early 90s. When I graduated from agricultural college, the drought of the late ’80s was still fresh in my mind, but there had been a significant shift in the local climate from very dry to very wet. Early on in my first job on a large commercial potato farm, I was tasked to “figure out what this tile thing is” that we heard our neighbors in Ontario were doing. What we quickly found out was that they had been doing it there since before we broke the sod here.

At the time, we had heard about some small amounts of tile drainage being installed in Manitoba in the late ’70s, but it had been poorly received. Our understanding was that it had all been installed very deep (around five to six feet), and only in very random patterns. Our research discovered that years of experience in Ontario and the Great Lakes states had determined that, for tile drainage to work successfully, it needed to be installed shallower and in a pattern system. For Manitoba producers in the early ’90s, this was a shift in thinking. Barely 15 years earlier, land would have sold for half of the cost of what we were proposing to install tile drainage. Most people couldn’t grasp that logic. But our losses from excess moisture continued to mount.

The Prairie Farm Rehabilitation Administration, a department of the Canadian federal government, did much of the analysis and groundwork that helped us figure out a starting point for how tile drainage could fit into our cropping systems. The leadership and vision of people like Bruce Shewfelt, who became their director of irrigation and drainage, was instrumental in getting this new-to-us technology ready for field-scale adoption. Our initial focus was on potato production, but we soon found out that more crops could benefit. More than that, the benefits were truly revolutionizing to our cropping system, our rural economy, and the health and well-being of farm families.

The initial reason for adopting a more intensive water management approach was to avoid or mitigate the devastating losses we had experienced. Some work had already been done on surface water management – after all, much of southern Manitoba had previously been swamp and marsh. Decades of minor surface drainage work had been supplanted by some ambitious projects in the ’60s and ’70s, much of it for flood mitigation. But in a more intensive cropping system, surface drainage wasn’t enough. Farming the western edge of the Red River Valley, our soils were predominantly very fine sand and silt over lacustrine clay. Frequent rainfall events were just too much for the poor internal drainage of our fertile black soils. The water table was just stacking up on top of the clay.

The initial pattern tile work in southern Manitoba began and continued to focus on potato production for the better part of the ’90s. “A luxury only potato farmers can afford,” was the common sentiment. “Why spend that much money on tile when I can just buy more land?” was another prevailing thought. But as farmers gained experience with tile, it began to grow in popularity. Continued wet years, together with good crops, some good commodity prices, and a boom in land prices worked together to make tile drainage a more widely accepted practice. But the rise of tile, in some ways, became an uphill battle.

In the very early days of the tile drainage boom in the 2000s, water management happened without much concern. It was such an unknown practice that most jurisdictions just didn’t know what to do with it. But as with any new technology or practice, with growing acceptance and usage comes the opportunity to find out where it works and also where it doesn’t.

Much of the geology of our province is complicated – underground aquifers, sand channels, and artesian pressure created some projects that didn’t stop flowing, resulting in continuously wet ditches and frozen culverts in winter. Concerned neighbors raised their ire with regulators, municipal councils reacted to their perceived liability, and provincial regulators grappled with how to keep agriculture and conservationists in balance. The combination of something unknown and rapid growth in any industry usually results in the same knee jerk regulations.

Much of the red tape the drainage industry has experienced here is simply incomprehensible in other jurisdictions around the world. We live and do business in a province where tile projects require several levels of approval; municipal and provincial regulators, and in some cases neighbors, are allowed to veto projects. Individual jurisdictions are allowed to create their own bylaws, without scientific basis. All of this happens next door to Ontario, a province where subsurface drainage is encouraged, recommended, and viewed as a backbone to agricultural production and rural economic stability. However, Manitoba’s provincial government recently made changes to the Water Rights Act, following consultations with stakeholders to consider the merits and impact of water management, and new regulations aimed at streamlining and clarifying are forthcoming.

In 2006 I had the opportunity to leave the farm I had been working with and start my own drainage company. We started with one plow and a dream: to own our own business and help farmers manage water. Our business model was built on some simple core values: providing comprehensive water management solutions to farmers, making the process as easy as possible for them, and absolute quality. Our efforts have been well received by the agricultural community, and we are grateful for the clients, relationships, and growth we have realized. We now employ around 15 people year-round and continue to work at finding quality solutions to water management challenges for our clients.  Half of our staff works entirely on regulatory-related issues: planning, design, reporting, and administration.

Despite the challenges that new growth has brought, tile drainage continues to be slowly adopted as a normal cropping practice in southern Manitoba and further into the western Canadian Prairies. Most of the early adopters are very near completion of their farms, and as more mainstream producers try the practice, it continues to be normalized. Our industry continues to struggle against the feared unknown, with education being the primary restriction to adoption by regulators. The culture of drainage that has existed for hundreds of years in other parts of the world continues to evolve in Western Canada.

Chris Unrau is owner and CEO of Precision Land Solutions, a Manitoba-based company specializing in surface and tile drainage, 30 minutes away from the North Dakota border.
Print this page