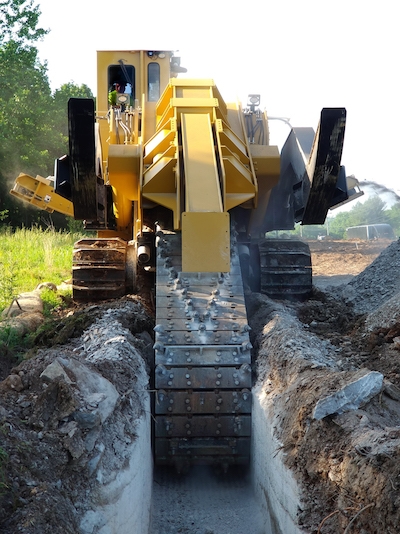 Modifications to the Tier 4-compliant trencher were sourced directly from operator input gathered in the field.

A redesigned T14 undercarriage features an better attachment method to a heavier, stronger mainframe. Improved hose routing and use of hard lines add to ease of service, require less frequent maintenance, and contribute to lower cost of ownership.

Safety enhancements include a new digging drive brake and optional cameras in the cab that increase operator visibility of the worksite.

T14-54/617 trencher options include a new quiet pack for running in sound-sensitive environments, such as urban worksites, and a counterweight package that increases the machine’s width and depth capabilities.