“Who will be there when I want to leave?” That is the question. 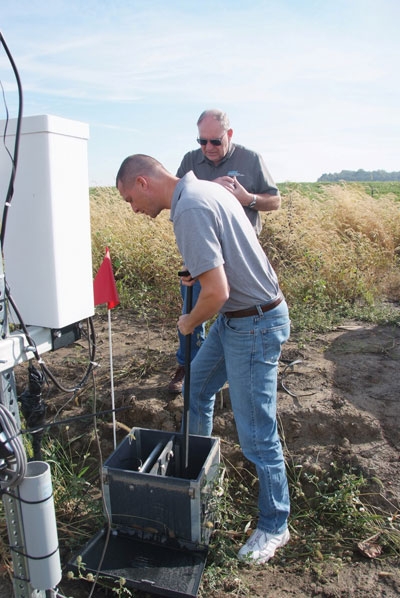 One of the challenges in succession planning Success is part of the word succession. So why is it that as a business practice

Success is part of the word succession. So why is it that as a business practice, succession planning probably ranks somewhere below filing tax returns?

Is it that some aging businesspeople have completed the process? Not according to government surveys and industry observers, particularly in fields such as drainage contracting. In fact, the industry runs a rather interesting parallel to the agriculture industry in both Canada and the US. In 1999, a Canadian federal government committee identified farm succession as an immediate concern to the country’s agri-food industry. At a provincial level, ministries hurriedly organized seminars and workshops, and the subject began to appear on the agendas of annual meetings of farm groups and organizations.

Eleven years later, the Canadian farmer is only slightly better prepared for what lies ahead. It has fallen off the radar noticeably, in part due to a general awareness, followed by apathy, but also because the business of farming dictates attention be paid to the day-to-day farming operations. In Canada, it is notably higher in rank compared to the US, possibly because of the smaller population base involved in agriculture.

Drainage imitates agriculture on many levels
Since drainage is largely reliant on the success of farming, it seems likely that drainage contractors are facing the same scenario. And the parallels are quite astounding: Both industries are aging, both are having a tough time attracting new partners and younger participants, both involve higher capital costs at the point of entry into their respective trades, and both are a complex blend of art-form and science, without a one-stop, comprehensive resource to help point the way to success. The only difference might be the Canada versus US perspective, where again, population base arguably has a greater impact on the Canadian situation.

In the US drainage industry, there already has been a succession of the business during the past 40 years, one that has seen a concentration of contractors shift from local to regional. “Back in the 1950s, we virtually had a drainage contractor in every township in this county,” says Leonard Binstock, executive director of the Agricultural Drainage Management Coalition, in Owatonna, Minnesota. “The contractor would start out on a farm in the spring, and put in maybe 3000 or 4000 feet on a farm, and the farmer across the fence would say, ‘While you’re here, I have a couple of wet spots here,’ and they’d just drive across the fence line and, sometimes, they just moved from farm to farm. Currently, we have one drainage contractor in our county, and he does all the work, probably twice as much from a productivity standpoint.”

In the process, adds Binstock, they eliminated 20 or more contractors, all of whom were sole proprietorships, so attrition has done what a lack of succession planning might have caused. Mike Schwieterman has seen much the same effect in his home state of Ohio. Like Binstock, he is not panicked by the dwindling numbers that he has seen during his 40 to 45 years in the business. “I’ve seen 20 to 40 contractors that came in and out of the business, and there are still enough contractors,” says Schwieterman. He acknowledges there are some slow times in one year or another. “But there’s never a problem with not getting the work done by somebody; I’ve never seen it where we’re so overloaded that you’d have to be on a waiting list for two years.”

For Canadian contractors, any shortage from attrition or succession may be offset by the level of certification required to enter the drainage industry, or it can hurt the potential for the newer start-ups. For Gerald Neeb, a drainage contractor from Clinton, Ontario, the certification offers some assurances, but in the case of his own succession planning, his son is a partner in the business. Still, he acknowledges the impact of upgrading with new technology, and despite the efficiencies they create, they also compound the issue of the labour demand they need to fill on a daily basis. “On a day when it’s raining, guys want to go home, and we try to work through it if we can, because there are only so many days left until freeze-up,” says Neeb.

Minding today’s success, not tomorrow’s succession
The biggest challenge for drainage contractors, again, as it is with agriculture, is the here-and-now: contractors have to make money and mind their operations. For many, that means having to grapple with growers who might opt for less expensive rates, or needing to install more feet of drainage tile in order to make annual budgets. They may not be able to focus on the hard-to-conceive issues of tomorrow, having to concentrate on today’s realities of staying busy. “It’s frustrating that we do the extra work as far as surveying and design and the GPS, and there are still the clientele who are only interested in the bottom dollar,” states Jon Seevers, who operates Seevers Farm Drainage in Argenta, Illinois. He also cites the continued disconnect between farmers and the benefits of drainage, and the perception that any machine in the field laying pipe must be doing it right. “One advantage you have in Canada is the certification process, which is not the case in the States. So we’re talking about changing that, and with the LICA association, we’d like to self-govern and regulate our members and offer a credential that’s worth something.”

But costs are also climbing and contractors are having to deal with tightening margins and higher energy costs. “We’re no different than farmers; we love what we do, but we’ll worry about paying our bills a little later,” says Neeb, citing prices from the mid-1970s of 17.5 cents per foot. “But today, I’m fighting to charge 22 cents, and everything has tripled. When we first started with the plows, our goal at the end of the year was to put in between 900,000 and a million feet, and we usually had a profit of about $50,000. Now, you need to put in a million and a quarter just to break even.”

The same is true for Schwieterman, whose father started the business and did not have a wealth of equipment, but a few employees to make things work. “Then he got four of his children involved, bought more equipment, and now we have more crews running and eventually went from half a million to a million feet of pipe in a year, and now we’re up to 4.5 to 5.5 million feet a year,” he says.

The art and science of ‘tug-of-war’
Of all the challenges, perhaps the most difficult to overcome is the fact that there is no hard-and-fast resource, no textbook that defines drainage contracting; it is very much a hands-on, learn-by-doing craft, much like agriculture, with a knowledge base that can take years to acquire and incorporate into an operation. “I live in an area here where there are some soil types that are very productive,” explains Binstock, referring to his location in Minnesota where contractors regularly deal with a layer of yellow clay. Local contractors likely understand where that clay lies in a field. Hiring a contractor from outside of the region might earn some savings, but if the system is installed too deep, the tiles will fill with that yellow clay and the perceived savings could turn into a staggering cost. “It’s something you’ve learned; that unseen knowledge that you can’t get out of a book, something you’ve learned from working with the soils.”

The final word
In terms of highlighting the issue of succession planning, some people may consider accessing a government grant, while others, like Seevers, take the self-determination approach, preferring to steer the boat instead of being dragged behind it.

Ultimately, some contractors on either side of the border have found their own solution to the issue of farm succession: their children or some branch of the family are involved, as in the case of both Neeb and Schwieterman. Seevers would like to see a more proactive approach from organizations like LICA, to advance the certification issue, as a means of standardizing the industry. And Binstock is in the early stages of exiting the industry, as well, attempting to determine what he wants and where he is at in his life, after farming, and after working in drainage. “It’s time to slow down; I’m not going to say retire, but I want to change how I schedule my days,” he says. “I think the first thing that we need to do is recognize the fact that we’re playing the “Back 9” in life, and that’s the toughest thing for people to do. But once they recognize that, then some of the other things fall into place.”