September 2, 2016  By University of South Dakota 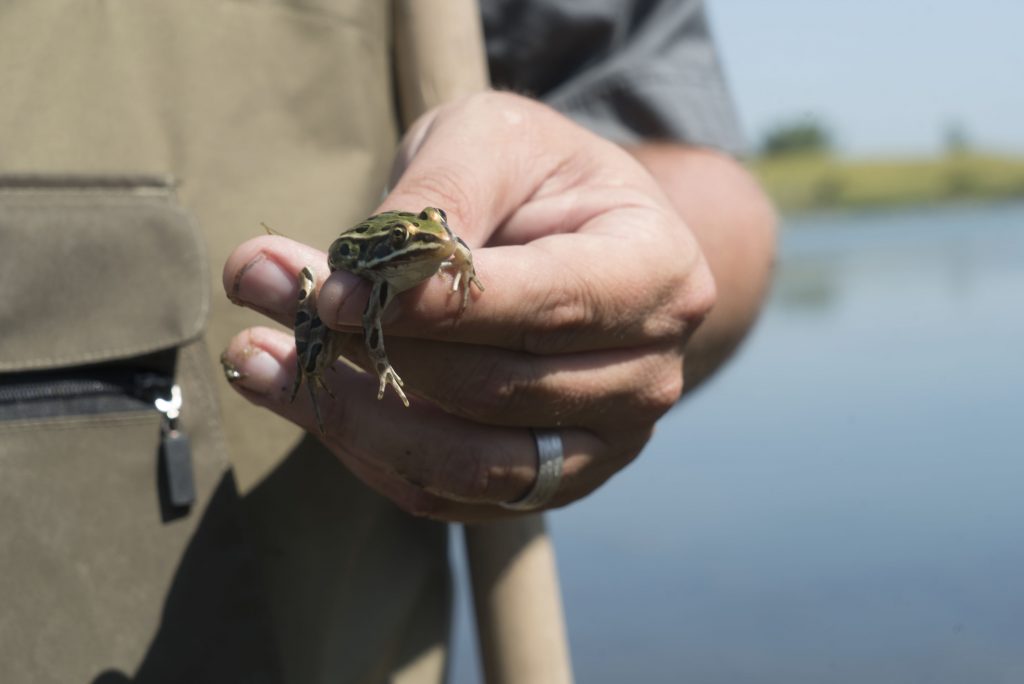 Researchers at the University of South Dakota (USD) report a multi-year project north of Sioux Falls, SD, appears to show a reduction in plant and animal diversity in wetlands that collect water runoff from agricultural land.

Jake Kerby, PhD, an associate professor in USD’s biology department, and a team of three graduate and eight undergraduate students have been surveying 18 different wetlands over the past four years. They and other researchers regularly check the health of plants, amphibians, insects and fish to determine the potential impact of pesticides and fertilizers over time.

“We can see some interesting trends,” Kerby said. “If you’re introducing things like fertilizers from the fields, the nitrogen and the phosphorus have big inputs into the systems, which changes a lot of the aquatic vegetation, and that works up the food chain. So things that are eating that vegetation are affected and things that are eating them. You can get a lot of different parts of the wildlife impacted by even just small chemicals leaching into the system.”

Drew Davis, a PhD student working in Kerby’s lab, said ecological data vary greatly by annual rainfall and the length of winter. “So to sort out some of that stuff, you need to collect this data over several years. We’re finally getting to the point where we have enough data to sort out the patterns of what we think may be going on at these sites,” he said.

Farmers install plastic or clay tile drains underground to drain water off agricultural fields and promote crop growth by removing excess water and salts from poorly drained soils. However, the drains can also transport contaminants like pesticides, fertilizers and metals directly into nearby wetlands at concentrations above benchmarks for the protection of aquatic life, said James Robertson, a former graduate student who’s now working on the project as a research assistant.

“What we’re generally seeing is that in sites that have tile drain and surface drain runoff, plant communities are dominated by one or two plant species. There is less diversity and less herbaceous plants that grow in with the grass and cattails,” he said.

The changes also show up in wildlife, Davis said. “We see a lot fewer and less diverse invertebrate communities at these wetlands that receive tile drain runoff. We can have some downstream effects where it’s affecting birds or spiders or ducks that rely on these ecosystems to be healthy and productive.”

The goal of the project is to inform policy and management leaders, Davis said. “It would be great to know that the data we’re collecting at these sites is then effecting change.”