November 16, 2016  By Carnegie Institution for Science 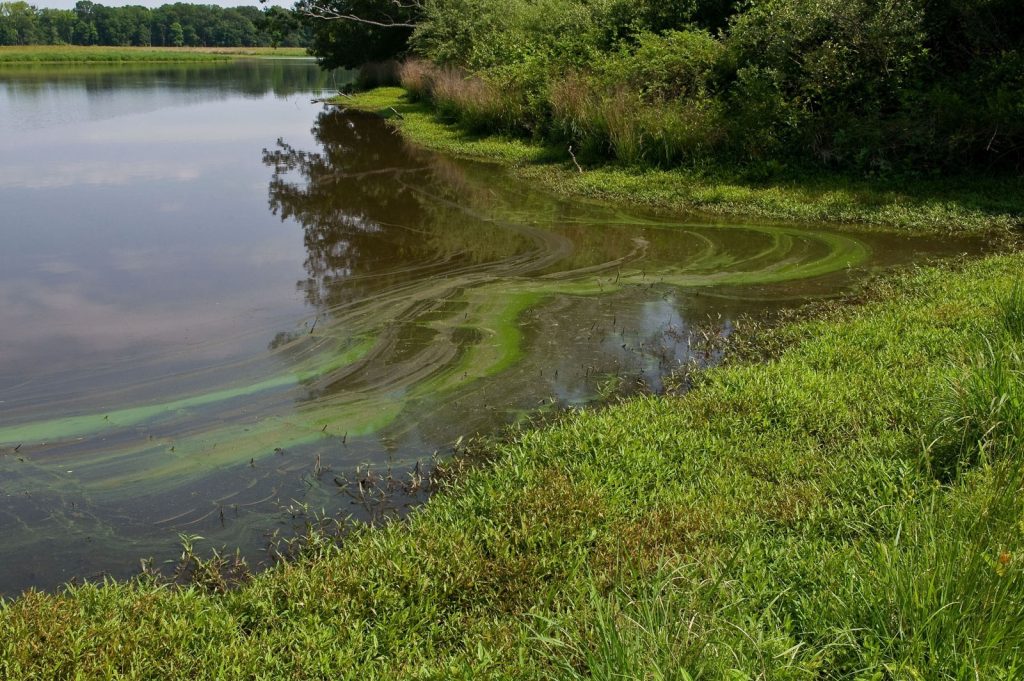 Algal bloom in Virginia’s Sassafras River courtesy of the U.S. Environmental Protection Agency. New findings from two researchers at the Carnegie Institution for Science have serious implications for the development of management strategies to reduce nutrient runoff in waterways and coastal areas.

New findings from two researchers at the Carnegie Institution for Science have serious implications for the development of management strategies to reduce nutrient runoff in waterways and coastal areas.

Human activities, including agriculture and fossil fuel use, have completely altered the biochemical cycle of nitrogen. In this cycle, nitrogen circulates in various forms through terrestrial, aquatic, and atmospheric systems. In the U.S., the amount of nitrogen originating from human sources, particularly fertilizer, is four times the amount that comes from natural sources. The U.S. Environmental Protection Agency estimates 28 percent of streams and 20 percent of lakes experience high nitrogen levels.

This is important, because when nitrogen gets into waterways, it can cause harmful, toxin-producing algal blooms that impact human health and kill fish and other inhabitants of the ecosystems, and create dangerous low-oxygen dead zones. Over the past several years, dead zones and algal blooms in coastal regions across the United States – including the Gulf of Mexico, Chesapeake Bay, and areas around Florida – have received extensive news coverage.

As these kinds of toxic water events occur, improved management tools for reducing nitrogen runoff are necessary. So Carnegie’s Anna Michalak and Eva Sinha developed a modelling tool that provided the first comprehensive estimates of the amount of nitrogen entering U.S. waterways each year over a 20-year period.

But their findings, published in the journal Environmental Science & Technology, reveal the complications of developing management strategies to reduce nitrogen runoff.

The straightforward part of their research was mapping the patterns of where nitrogen enters the waterways. Unsurprisingly, this is primarily dependent on where humans deploy nitrogen, especially through the use of fertilizer. Regions such as the country’s Corn Belt clearly stick out.

The complex part was determining what controls the year-to-year fluctuations in nitrogen runoff. Their research showed that year-to-year variability is due primarily to changes in precipitation, and the occurrence of precipitation extremes. Further complicating the issue, the areas where the most nitrogen is being released by human activity are also the most subject to variability.

“These results mean that although we can control how much nitrogen we apply to soils, the impacts that we observe in a given year are inextricably tied to weather. This makes the design of effective strategies for managing water quality particularly tricky,” Michalak said. “There is no doubt that we need to reduce inputs of nitrogen to the environment, but reaping the rewards of these actions may take a while.”