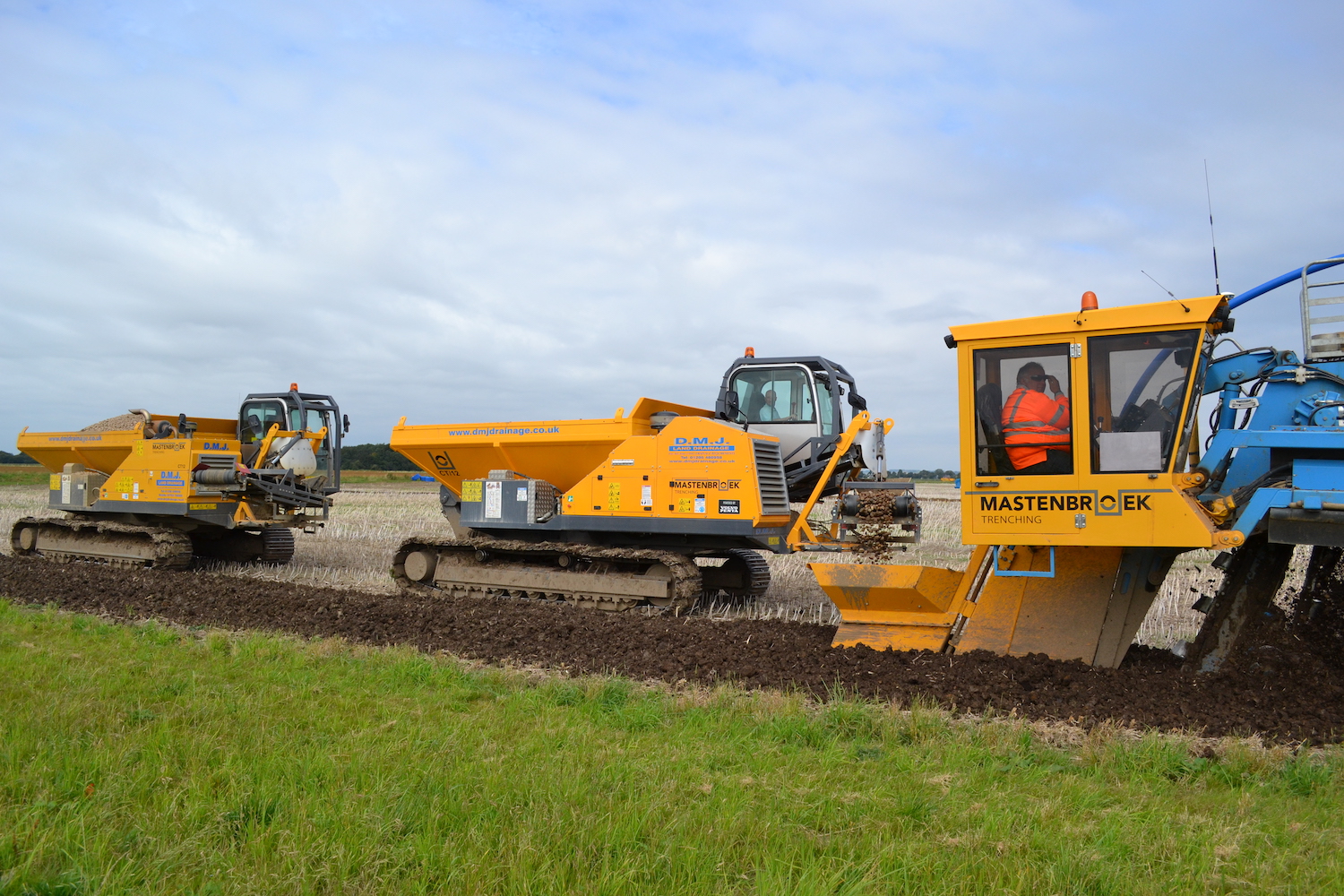 Mastenbroek’s CT12 crawler truck has yet another update for the new year.

The 2022 model features enhanced design features for operators and drainage contractors. These include a larger, full-width tipping hopper to reduce spills when loading. The hopper is fully visible when the operator cabin is raised to its highest position and its variable speed conveyor provides a free flow discharge for aggregates of varying viscosity. As well as allowing the operator to place materials into trenches accurately, the hopper means the CT12 can be used as a dump truck to, for example, haul aggregate along pipeline rights of way.

At the front of the CT12, Mastenbroek’s variable height, variable speed, 180-degree swing conveyor makes it easy for the operator to place backfill material directly into a trench or the hopper mounted on the trencher.

There have also been improvements made to the layout of the operator controls, with an option for 360-degree surround camera view. There is now an independently mounted hydraulic oil cooler on the engine radiator as well, along with a central greasing system.

“The CT12 has been popular with agricultural drainage contractors for a long time,” said Christopher Pett, Mastenbroek’s general manager in a statement. “Over recent years we have seen more and more construction companies in the pipeline and renewable cable industries adopt the machine. With these latest improvements, which are based on customer feedback and our insights, we are aiming to increase the appeal of the CT12 still further.”