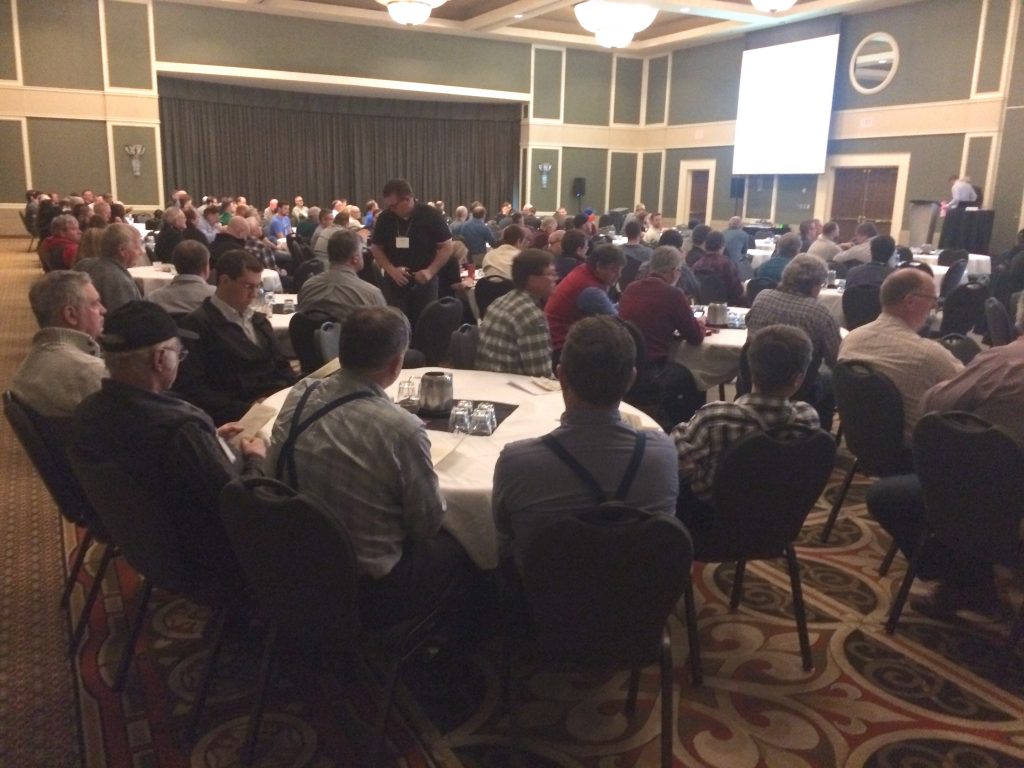 Delegates attending the educational sessions at the 60th LICO convention.

The Land Improvement Contractors of Ontario (LICO) met recently in London, ON for their 60th anniversary convention.

Franklin Kains, convention coordinator, opened the event with some introductory comments. This was followed by a comprehensive educational session with talks on phosphorus loss, managing phragmites, workplace fraud, soil compaction, as well as machinery lubrication needs, among other topics. There were breaks in both the morning and afternoon sessions where the 179 registered delegates had the opportunity to walk the sold out trade show portion of the event, where 28 companies showcased the latest products and services for the agricultural drainage industry.

The annual banquet and awards evening was held on the first night. The room was at capacity with 250 delegates and guests enjoying the buffet style dinner. Additionally, a 60th anniversary cake along with a chocolate fountain rounded out the dinner. The entertainment for the evening was provided a live band. There was also a photo booth where attendees could pose for keepsake pictures. After the banquet concluded there was an opportunity for drainage contractors to continue their fun as there were a number of supplier sponsored hospitality rooms serving adult beverages well into the morning hours.

The second day of the convention included some additional education opportunities on internet security and the use of drones in drainage work along with the LICO annual general meeting. In the afternoon, some 40 people participated on the tour of Coldstream Concrete – a supplier of precast concrete products as well as concrete pipe and municipal drainage products.

Plans are already underway for next year’s event which will again be held in London in January.