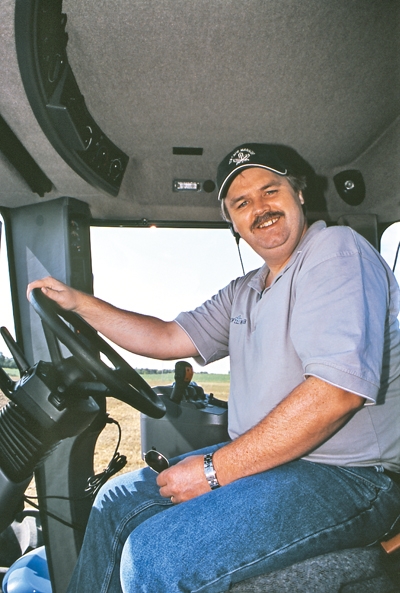 Ralph Pearce Editor Let me ask you something: Can a person be an advocate for an industry

Let me ask you something: Can a person be an advocate for an industry, yet remain impartial and balanced? There are those who contend that a person can be one or the other, but not both. As a farm writer, I have been told that I’m “too close” to agriculture to offer up a balanced viewpoint of the agri-food industry. My counter to that is that sports writers and entertainment reporters can be knowledgeable advocates of their chosen realm yet capable of presenting the relevant facts of a story, usually over and above their personal beliefs on a topic.

That is why I believe an advocate can provide balance and impartiality; it is what I have worked for throughout my career. And I frequently speak out on behalf of farmers and agriculture. Do I stand behind those who secretively apply herbicides in organic farming or dump livestock waste in the darkness of night? No, and I never will.

Advocacy in this instance is a strength, not a weakness, and it is a reflection of the vast majority of those involved who conduct themselves with the utmost professionalism and accountability.
Like you.

Struck by a chord
This line of thinking came to mind a few weeks ago, after reading a story from a US-based clipping service. It points to tile drainage as the most significant contributor to nitrate loss along the Mississippi River and cites it as the largest contributor to an annual dead zone in the Gulf of Mexico, one that covered an area of more than 7000 square miles in 2010.

I shared that story with two people, one of whom replied that agronomic practices in the US differ sufficiently from those in Canada that such an occurrence is unlikely. However, Sid Vander Veen of Ontario’s Ministry of Agriculture, Food and Rural Affairs was also quick to pick up on one recommendation in the story –that it might be best to “encourag[e] farmers to apply the right amount of N in the spring rather than the fall . . .”

In my books, that line contradicts another from the University of Illinois researcher who conducted the study and stated that “farmers are not to blame” for this nitrate loss. Instead, it is tile drainage, along with intensive corn and soybean rotations, a lack of topography and ineffective timing of fertilizer applications that combine to share most of the blame.

I am the first to admit that I don’t understand all there is to know about drainage; in this industry, I am what some people are likely to call “a work in progress.” However, citing tile drainage as the primary culprit in nitrate loss along the Mississippi is akin to blaming pavers for a new stretch of highway that becomes slippery when wet. Don’t drivers bear any responsibility for easing up on the gas pedal during those rainy times? By the same token, don’t farmers bear some responsibility for using too much fertilizer, or perhaps at the wrong time of year?

I do know enough about drainage to say it increases land values and, when used properly, does not contribute to pollution anymore than properly applied manure.

If we don’t do it, who will?
It is fair to say that most of us are so busy dealing with the here and now, that we have little time for hearsay and “Now thens!” Yet each person in this industry has a stake in it, and should be willing to take a stand when confronted with an issue that may only tell part of a story, effectively omitting key pieces that provide “the whole picture.” This is what it is to be an advocate: someone who is passionate about a subject, willing to learn more to support its industry, yet unwilling to let that passion cloud any accurate reflection. And I am not saying that the research or the person performing it in this case is flawed in any way (as I said before, I’m still a novice in this industry). But as is the case in agriculture, where only dribs and drabs of information make it through the filter of the media and consumer misinformation, people are ill informed when it comes to finding accuracy and accountability where drainage is concerned.

Yes, it takes time and effort to undo the damage done by those who provide only part of the story. Yet we can’t be afraid to light a candle and shed some much-needed illumination on these kinds of situations
.
And see me if you need some matches; I’ll always keep the fire burning.