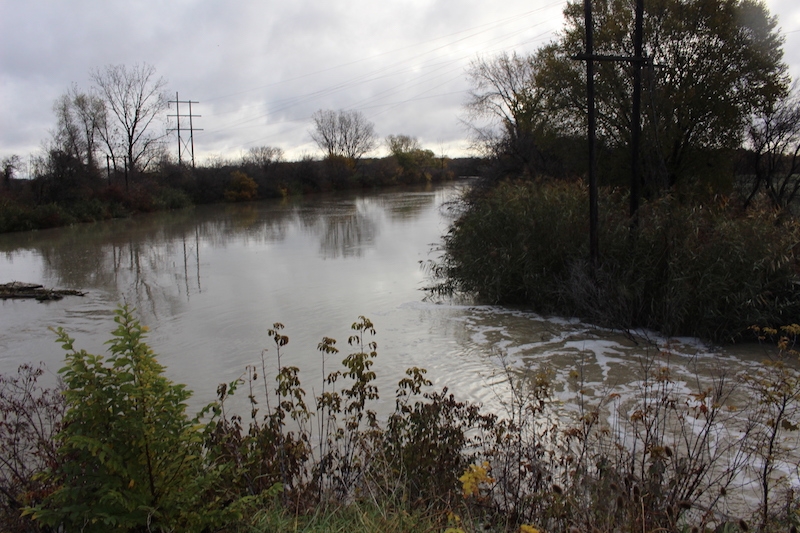 The Thames River Phosphorus Reduction Collaborative (PRC) is dedicated to finding practical, affordable drainage technologies that will help prevent phosphorus from entering the Thames River water system. Phosphorus contributes to the growth of harmful algal blooms in the river and in Lake Erie.

Based in Ontario, the group represents farmers, municipalities, conservation authorities, First Nations, agri-businesses, the drainage sector, and environmental non-governmental organizations. The initiative is administered by the Ontario Federation of Agriculture (OFA) and the Great Lakes and St. Lawrence Cities Initiative (GLSLCI).

Last year, five projects were chosen from 11 proposals and awarded a total of $400,000 to develop and test technologies that intercept and remove phosphorus from agricultural runoff at the edge of farmers’ fields and in the municipal drainage system. The technologies will be tested particularly during the winter and early spring, as well as during significant rain events and snow melts, when scientific studies have shown that phosphorus losses spike.

Testing sites are being set up in several agricultural fields in the Lake Erie Basin and in two municipal facilities near Chatham and London, ON. The testing will continue through the next three years.

“Ultimately, we want to develop solutions for farmers and the drainage sector that are practical, and establish a cost per kilogram of phosphorus removed that is cheaper than the cost at a sewage treatment plant,” explains Charles Lalonde, project manager.

The collaborative will communicate the progress it is making at the demonstration sites and share results with the government, industry and local farmers and residents.

Environment and Climate Change Canada has invested $600,000 in the Collaborative’s efforts. The group has also received nearly $200,000 from the Canadian Agricultural Partnership (the Partnership), a federal-provincial-territorial initiative. The Agricultural Adaptation Council assists in administering the Partnership in Ontario. More than $130,000 in cash and in-kind contributions are also being invested in the project from the OFA, GLSLCI, local OFA chapters, the cities of London and Chatham-Kent, Bluewater Pipe and Ontario Pork.

The Thames River PRC is a voluntary initiative cited in the Canada-Ontario Lake Erie Action Plan aimed at contributing to the commitment made in 2016 between Canada and the U.S. to a 40 per cent reduction in the total and soluble reactive phosphorus entering Lake Erie from the Thames River.

Details of the Collaborative, its work and a full list of steering committee members are at www.thamesriverprc.com, where visitors can sign up for the PRC Update, the group’s newsletter.