Features Contractor at Work
For farmers, by farmers

Nohl Tiling may be a ‘side hustle,’ but the owners’ full-time farm operation gives them a fresh perspective. 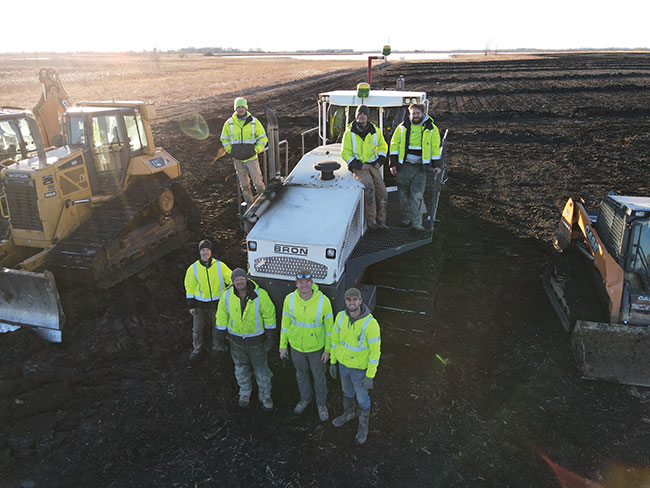 The crew at Nohl Tiling, who split their time between tiling and the farm.

Twenty-five years and a second generation into the tiling business, Nohl Tiling has established itself as a trusted name in agricultural drainage tile for farmers in west central Minnesota.

Run by brothers Taylor and Corey Nohl, together with their relative Eric Wilson, Nohl Tiling offers comprehensive tile design and installation service. But make no mistake: they consider themselves farmers first.

“We grow corn, soybeans and alfalfa, plus a little wheat. Because we’re farmers ourselves, we understand what’s important to farmers. Each field we tile, we tile it as if it’s our own field,” says Corey. “(Tiling) is a very good side business that allows us to help others.”

In 1908, their great-grandfather homesteaded the land they still run today. In the early 1930s, their grandfather started tiling the farm’s lowest land – all by hand. Much of that tile is still in place and operational. “That’s pretty neat, knowing tile hand-dug by our grandfather is still functional,” says Taylor.

Corey and Taylor’s father, Ray, and their uncle Roy took tiling to a much more intensive level. “My dad really believed in the concept of tiling. He understood how much difference it would make on our farm,” says Taylor.

Ray and Roy started laying tile on their own farm. Just as they’d expected, the tile worked wonders. By the early 2000s, Nohl Tiling was a thriving side business.

Taylor and Corey grew up tiling. As children, they helped drive the plow from their dad and uncle’s knees and hefted pipe where they could. As teens, they played a bigger part in the business. When they finished college, both returned to the farm. Corey bought into the business alongside his dad and uncle in 2012. Taylor bought in after Ray died in 2017. Eric came on board last year when Roy retired.

Though Roy and Ray were progressive for their generation, it was Taylor and Corey who pushed the business to newer technological heights. When they returned from college, they convinced their dad and uncle to give GPS a try. Installing tile with GPS positioning means every inch of tile line can be georeferenced and tracked.

“Our dad and Roy used to use a laser and transit. We presented a whole bunch of information to them showing that GPS is the future, so they let us try it. They were a little sceptical (at first)… But it didn’t take long for them to see its value,” says Taylor. 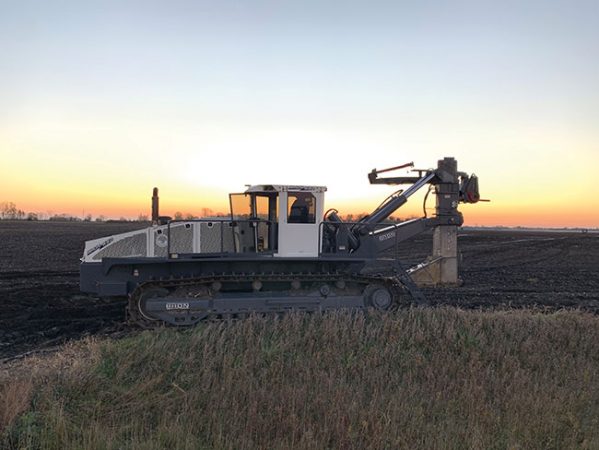 The Nohl brothers have pushed the business to new technological heights, increasing their tile-laying capacity.

Last year, the they upgraded to a commercial plow, allowing them to make deeper cuts, lay bigger pipe, and work in tougher conditions. That, along with the GPS, the full-swing excavator and the bulldozer that Eric brought to the business, has nearly tripled their tile-laying capacity. It’s come in handy; very wet springs in 2017, 2018 and 2019 mean more farmers are turning to tiling.

“Tile has sold itself. Guys with pattern tile are getting consistent crops; guys without are struggling,” says Taylor.

Today, Eric runs the dirt-works side of the business. Taylor runs the plow and manages the family farm. Corey designs the tile installations and handles most of the customer service and sales. The business also employs three full-time staffers who split their time between tiling and the farm.

Because there’s no one-size-fits-all tiling design, Corey depends on LiDAR, an online elevation mapping tool provided by the State of Minnesota. “We can design a lot of a tiling project right from the computer before ever stepping into the field. That’s helped speed up the design stage a lot,” he says.

While their great-grandfather and grandfather would have trouble imagining today’s tiling tech they would appreciate the values of Nohl Tiling.

“Most of our customers are within a 45-mile radius of our farm. We know them. We go to church with them. We want to help them improve their farms,” says Taylor.

Corey adds that the goal isn’t to tile the most feet in. “It’s to operate our company in a way that builds a reputation for high quality work,” says Corey.

Related
COVID-19 and drainage
The value of tile maps
Narrower spacing: How tight is too tight for tile drainage spacing?
Online tools for drainage
Tags