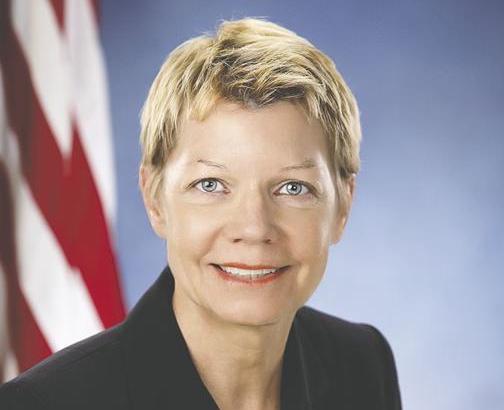 Under a proposed bill, applications for drainage permits in North Dakota might soon cost more – up to $500, a rise from the current max of $150.

But, if state representative Cynthia Schreiber-Beck’s as-yet-unnamed bill is successful, it could also mean fewer strings attached and a more streamlined bureaucratic process. Drainage Contractor spoke with Schreiber-Beck this week to discuss the proposed bill, what would change, what would not and why the changes matter.

Schreiber-Beck explains that essentially, some requirements that are necessary to attain permits can be cumbersome.

For example, current regulations require the counties to verify deeds for the properties within one mile downstream of the proposed drainage project. “In some cases, that was a big deal,” she tells Drainage Contractor. She says not only would it mean getting the deed for other landowners, but it would also mean providing all the names and addresses on those deeds. “You might have third-generation family members who owned that land and were listed on the trust. It’s become somewhat difficult in obtaining all that.”

She says at the point where the deed gets to a water board to be certified, notification might be required for “anywhere from no people to 30 or 40 people.”

The proposed changes would see ownership identified only by the tax roll, information obtained from the county, and there would only be notification after the permit is granted.

Applicants will still have to provide the same information they have always supplied, including designs and maps indicating the direction of flow of the proposed drainage.

Ultimately, Schreiber-Beck says the proposed changes and similarities remain in the spirit of “being decent to downstream landowners,” which is why the proposed act also states that “Approval of a permit under this section does not prohibit a downstream party unreasonably damaged by the discharge of water from a subsurface water management system from seeking damages in a civil action.”

The North Dakota legislative assembly is scheduled to conclude April 30. The act is declared to be an emergency measure, which Schreiber-Beck says is due largely to the timing – it will cut down on time needed in order to allow contractors to get to work quickly.

“We don’t often put emergency measures on something, but [this way] when it’s passed by both changers and then goes to the governor to get signed off on, it’s immediately in effect.” Because the heavy tiling season of early spring will soon be underway, Schreiber-Beck says it would be essential to allow for smooth operations. “This particular ruling would benefit contractors right away.”

Schreiber-Beck adds that the bill was a collaborative effort between representatives from water resource districts, as well as the industry itself.
Print this page