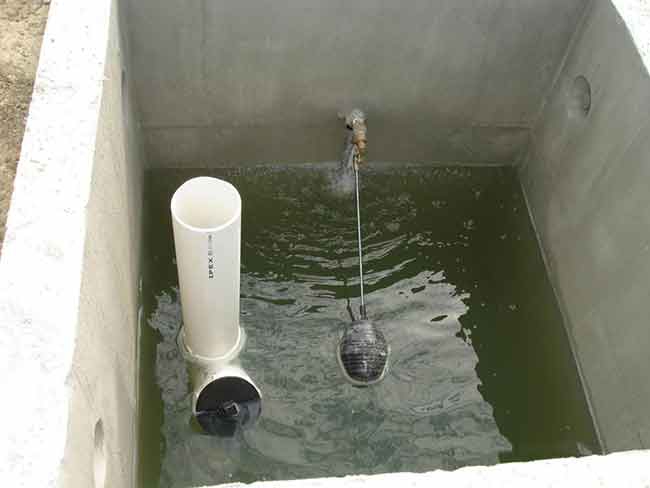 Researchers at Agriculture and Agri-Food Canada (AAFC) have developed an innovative closed-loop water management recycling system that can offer farmers many benefits, including improved crop yields – but it may very well be another business opportunity for drainage contractors as well.

The system was developed at AAFC’s Greenhouse and Processing Crops Research Centre in Harrow, ON, and combines tile drainage, reservoir and controlled drainage with irrigation. It works by using strategically placed riser pipes, which can be installed on existing tile drainage systems, to prevent water from leaving the tile until it reaches a pre-determined level controlled by the farmer. The system is attached to a reservoir or artificial wetland to store excess water, which can then be returned to the field by using subsurface irrigation and/or drip irrigation during dry periods.

As Chin Tan, a water management and quality specialist with AAFC and the lead researcher for the system says, this new closed-loop water management system may very well be “a secret weapon for crop farmers.”

The team has also designed and developed a water quantity and quality data acquisition system for automated and remote monitoring of all surface and sub-surface tile drainage water in the fields.

“As water moves through the automated system, runoff volume, crop nutrient content and leached agrochemicals are continuously measured so that farmers can see — and, more importantly, explain — the differences between water management practices and resulting yields,” Tan explains, adding that year round, 24 hours a day, seven days a week, every drop is captured and measured.

And, that’s where the new water management system really starts to show its economic and environmental benefits.

Many benefits for the grower
Tan says part of the beauty of this closed-loop water recycling technology is that it collects water from multiple sources and not just from rainfall, which has a higher rate of evaporation from reservoirs. Surface run-off and tile drainage water is added to precipitation already collected during the “off” growing and winter seasons which prevents the wetland-reservoirs from drying up.

Because the wetland-reservoir acts as a sink of sorts, the system also prevents leached agrochemicals, nutrients and even sediments from reaching neighbouring land, in turn preserving wildlife habitats.

This also means that any nutrients captured are kept in the system.

“This is not only good for crops, it is good for the environment,” Tan says. “Nutrients captured in the reservoir are returned to the crops which reduces the farmer’s need for extra fertilizers. We estimate that this will contribute to a 25 to 50 percent reduction in nitrate loss.”

Improved water management results in better crop yields by reducing crop stress brought on by overwatering or drought conditions – so much so that research shows continuous closed-loop water recycling and management improves soybean yields by 50 percent, tomato yields by 40 percent and corn yields up to a whopping 95 percent. As Tan says, these results more than compensate for the land taken out of production for the reservoir.

“By learning how to save water for when it’s really needed, farmers will be able to take some of the guess work out of agriculture,” Tan says, “If farmers have water, they can have crop yield stability.”

Tan points to Dave Epp, a Leamington, ON, based tomato farmer with whom Tan has been working closely for approximately 20 years. He says by incorporating a reservoir closed-loop system, Epp has been able to increase yields to 50 tons per acre, which is significantly higher than the area’s average production level.

For high-valued cash crops, Tan believes this water management system can achieve both economic and environmental benefits within short periods without government incentive; however, with field crop production, he cautions it would take relatively long periods to achieve economic benefit.

“To ensure large-scale implementation of this new water management system, the initial government incentive and/or regulatory instruments can definitely help agricultural producers to adopt the new system to achieve both economic and environmental benefits,” Tan explains.

Because drainage contractors are familiar with different soil types and farming and draining practices, Tan says they are well equipped to offer advice to farmers looking to install such a system and improve their operation’s profitability and environmental performance.

As long as the agriculture lands rely on the practices of drainage, Tan says the closed-loop water management system can be applied on a large-scale across Canada and the United States.