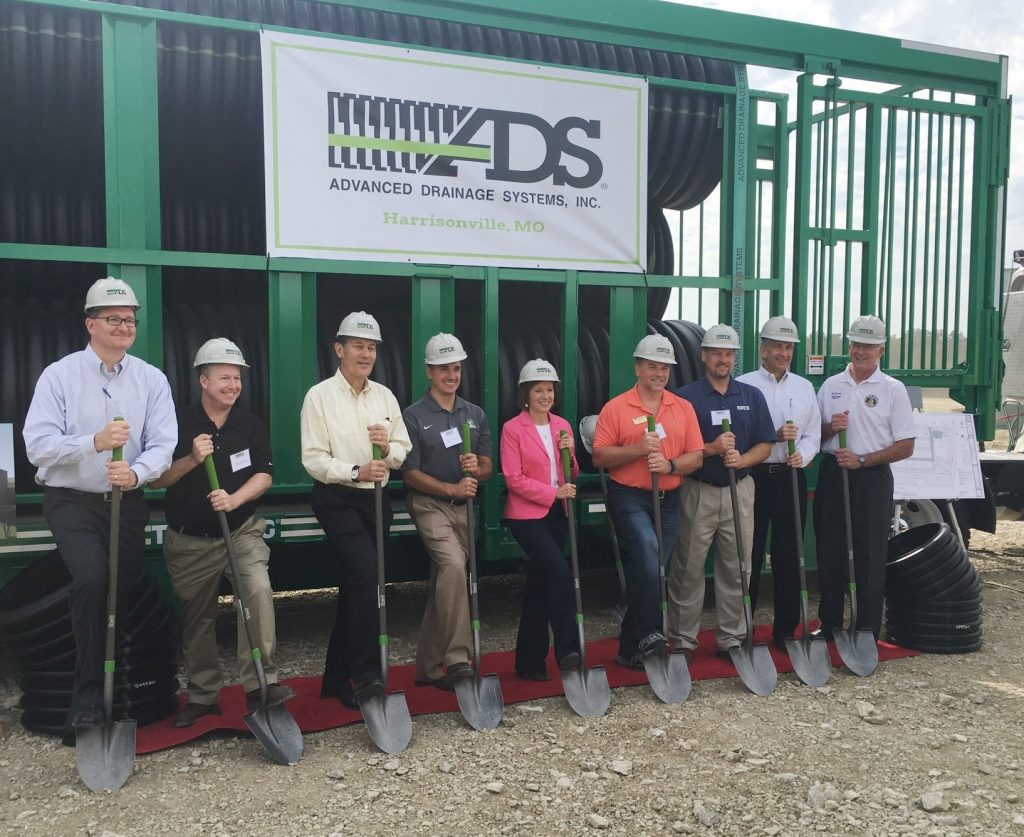 The 72,650 square-foot facility is expected to open in the first half of 2017, bringing new jobs to the region. ADS intends to employ approximately 50 people at the facility when fully staffed, and will hire locally for employment opportunities in management, machine operation and transportation, among others.

The Harrisonville plant will be the company’s 62nd manufacturing plant, and its first in Missouri.

It represents a significant capital investment for ADS, whose growth is a result of favorable policies enacted by the Missouri Department of Transportation (MoDOT). In 2011, and again in 2014, MoDOT updated its standards specification to allow plastic pipe to be used in statewide infrastructure projects for storm water management.

ADS reports demand for its products has grown significantly, including revenue growth of 50 per cent since the specifications were first updated.